Powers of the Trojan Reach

Along the trade route, only a dozen parsecs separate the Third Imperium of Humaniti and the Aslan Hierate. Those two great imperial powers may control less than half the space of the sector, but their political gravity wells perturb affairs far beyond their borders. 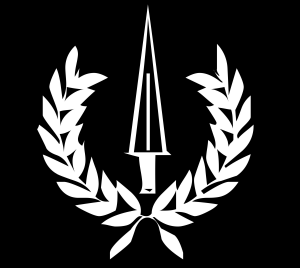 The great empire’s expansion has ground to a halt. It controls parts of four subsectors, protected by the ‘rampart worlds’ of Pax Rulin (Pax Rulin 2204) and Tobia (Tobia 3215). While the Imperium shows little interest in extending its borders – the cost of protecting more worlds against the Hierate is prohibitive – there are several potential ‘client states’ that the Imperium is cultivating as a buffer against the Hierate.

The Imperium is a lazy giant until provoked. The Imperium’s interest lies elsewhere right now, but if the Aslan advance or pirate lords makes too much of a nuisance, the Imperial Navy will be dispatched to enforce the will of the Iridium Throne.

Notable planets within the Imperium

To humans, the Aslan Hierate looks like an impossibly frozen tsunami. At any moment, the Aslan horde could jump over the border and conquer the whole reach. The Aslan are certainly an intimidating race. Physically, they are larger and stronger than humans, and while their technology level is not quite on a par with the Imperium, they make up for this with weight of numbers. External observers miss the deep divides in Aslan society; the Hierate is a loose alliance of warring clans, and only act rarely act in unison. The Aslan drive for territory means they will inevitably expand into the Trojan Reach. The only question is where their next advance will come.

The divided Hierate is much more likely to act than the Imperium. Each clan – and there are dozens of them – has its own navy and can react to pirate attacks or vulnerable worlds with alarming alacrity. No human can predict what the Aslan will do next.

A splinter state of Aslan, the so called Glorious Empire practices human slavery on a massive scale. Their slave ships are a threat throughout the Reach.

Pirate activity varies along the route. Most of the attacks happen in the Borderlands subsector, where Travellers must navigate an unpromising series of systems. In general, both Imperium and Hierate tolerate a low level of piratical activity, as long as most of the attacks hit independent, small-scale merchants. Once the losses impact on a megacorporation’s bottom line, though, the fleet is sent out to scour the stars and the pirates are driven out of the Borderlands for a few months.

Notable planets on the trade route.

The General Development Company (GeDeCo) is not the largest Imperial corporation operating in the Reach, but it is one of the most widespread. The company was originally founded to improve conditions in colonies and independent worlds throughout the Reach, but has become a major political player. GeDeCo advisors have the ear of many rulers of the independent worlds.

On the far side of the Trojan Reach dwell a strange race of humans called the Florani. They are extremely xenophobic, and even more conservative than the Vilani. The Florian League trade a little with the Imperium; the trade route to the League is also beset by pirates.

Most of the independent worlds in the Trojan Reach were settled by exiles or wanderers from the First Imperium, or by long-range colonisation efforts by the Second Imperium. During the Long Night, the Sindalian Empire was the great power in the sector; even the worlds that were not conquered by the Empire were under its influence. Today, the worlds of the Reach are isolated, visited only by a few traders. Their technology declines, their cultures calcify, and they turn in on themselves. The Aslan will pick them off, one by one.

Powers of the Trojan Reach